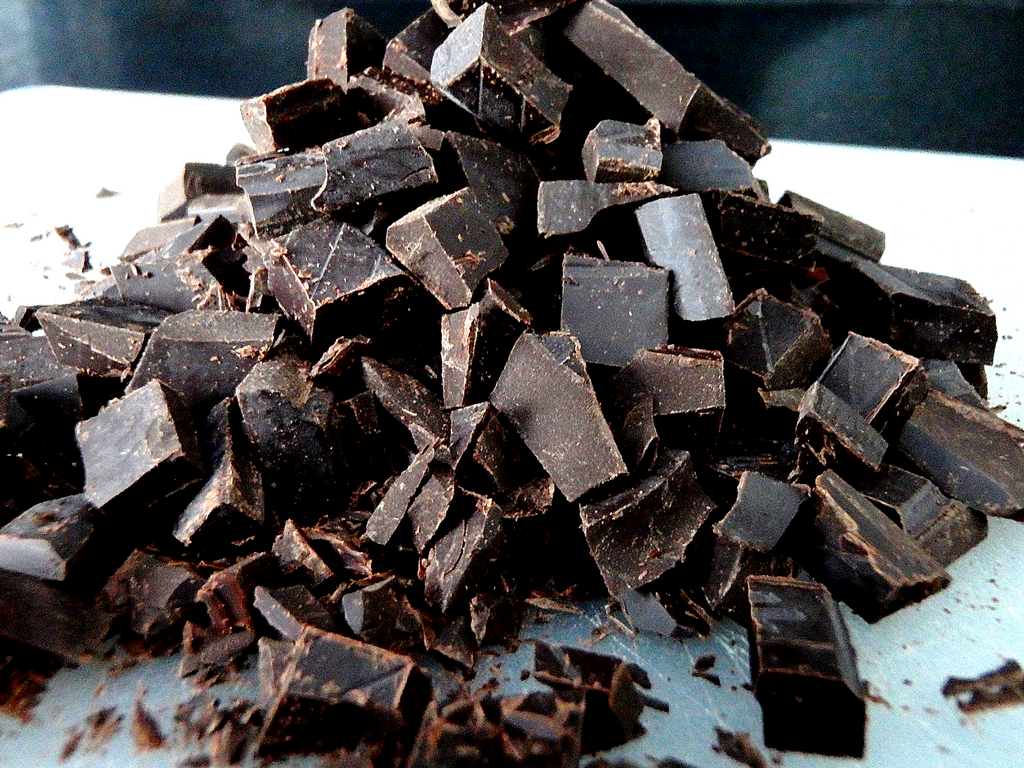 Restaurateurs and baristas are understandably hesitant to reveal the secret recipe for their deep, dark, rich, and fragrant Swiss hot chocolate. These heavily guarded recipes are almost impossible to pry out of their chocolate-covered fingers. A long-standing tradition, Montezuma was equally unwilling in the 16th century. Something this good is like liquid gold.

START AT THE SOURCE

I made a pilgrimage to the acknowledged hot chocolate mecca in Zurich, Confisserie Sprüngli, and luxuriated in their decadent sipping chocolate. After tasting this chocolate bliss, I realized it was time for some reverse engineering.

My task was to determine what ingredients Sprüngli used and what they deliberately excluded to get that stunning texture and flavor. It was going to take a number of culinary experiments and some good sleuthing. Sherlock Holmes would be proud.

WHAT’S INSIDE? WHAT’S NOT?

The first ingredient to be crossed off the list (and the most likely to be used by American cooks), Cocoa. There was clearly no chalky cocoa powder allowed anywhere near this drink. Even the dusting on top of the whipped cream was shavings of pure chocolate.

The next ingredient to be kicked off as “coffee creamer,” a frequent addition to American versions; it was clearly made with cream from contented Swiss cows.

I quickly ascertained there was no powdered milk, nor UHT milk used. I find both to be bothersome, overcooked flavors that do not belong in a decadent drink like hot chocolate.

Now to the real task. What chocolate to use. Is it milk chocolate or dark? High quality or generic? Since Sprüngli is known throughout the world for their quality I’m pretty sure they go top-of-the-line. Plus they charge 9.00CHF (about $10) for one cup, almost twice what they charge for a cuppa joe. Customers understandably expect something pretty spectacular, and Sprüngli never disappoints.

I played around with the ingredients and ratios, then compared the result to the world-famous hot chocolate I had just tasted. Below is what I eventually concocted. It’s not for the faint of heart or anyone counting calories. I recommend serving this in tiny demitasse cups it’s so rich.

By the way, the hot chocolate contains so much butterfat and cocoa butter that it congeals in the refrigerator. You will find yourself visiting the container holding the remainder with spoon in hand: an entirely different expression of the same ingredients and just as delicious.

This Swiss hot chocolate is so good you’ll feel like you’re in Switzerland.

Warning: While cooking or reheating, don’t let the hot chocolate reach a rolling boil as it will spill all over the stovetop and no one wants to clean up that mess.