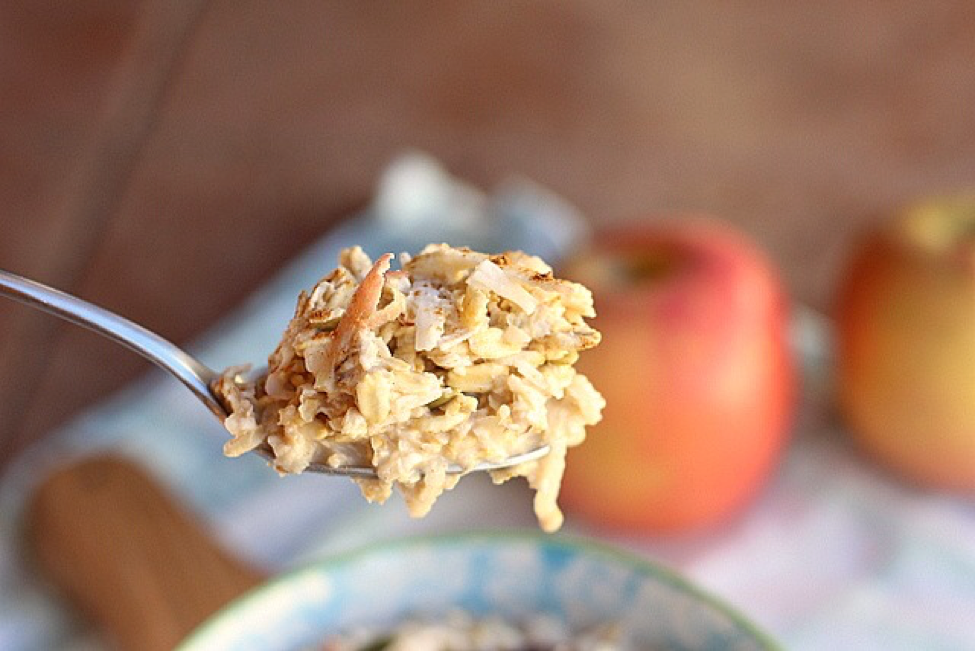 At the breakfast buffet at nearly every hotel in Switzerland, no matter how spectacular or sparse the spread, there will be a large bowl of a cold yogurt and oat mixture. It’s known as Müesli. That’s the evolved nickname for the original “Birchermüesli” (pronounced burr-kher-myoo-zlee), developed as a healthy breakfast option over a century ago.

To be honest, it’s rather ugly. (Am I being too harsh?) When compared with the other breakfast offerings, it really doesn’t look that appealing–unless the hotel has dressed it up with mounds of fresh berries on top. As a result, if you’re not looking for it, you may walk right past it. Stop! It delights with surprising textures and is light and refreshing. Plus it’s a Swiss original.

AN APPLE A DAY…

So who made the first bowl of müesli? The honor seems to befall Maximilian Bircher-Benner. He studied medicine at the University of Zurich, opening a clinic there in 1897. However, within a year the physician developed a serious case of jaundice and claims he cured his condition eating fresh apples. He became a pioneer in the “raw foods” movement and opened a sanatorium (primarily for treating tuberculosis patients) in Zurich called “Vital Force.”

It was there, around 1900, that he developed his famous cereal mixture using all raw foods. The original recipe for birchermüesli was rather flexible, probably owing to the uncertainty of the availability of ingredients for the hospital kitchen. You start with rolled oats soaked overnight, toss in whole fresh apple cut up (by “whole,” I mean including skin, core, and pips), add chopped raw nuts (almonds, walnuts, or hazelnuts), some fresh lemon juice and sweetened condensed milk (prior to refrigeration it was considered less risky). Then serve with yogurt the next morning. I don’t think anyone makes it with apple cores or pips anymore, and that’s probably a good thing.

Over time, the recipe was modified by the good doctor as he added different grains, fruits, and nuts. Before long, müesli started taking on a life of its own. In the 1960s, during a surge in healthy eating, all sorts of things started being added to müesli. Exotic grains. Seeds. Bran. Bananas. Berries. Raisins. Shredded coconut. And every flavor of yogurt imaginable. It’s the kind of recipe that invites Swiss creativity.

My favorite addition is fresh, plump, clusters of red currants. That’s when I know I’m in Switzerland.

While similar in concept, each hotel or restaurant has developed their own “secret recipe” for this truly historic Swiss breakfast concoction. In my travels in Switzerland, I think the best müesli I’ve tasted is in a little café in Meiringen, Tea Room Frutiger (18 Bahnhoffstrasse). Just the right blend of flavors and textures for my taste. As I nibbled my way through a bowl in the summer sunshine on their lovely patio, I couldn’t help but think, “What a perfect way to start a day of walking in the Alps.” (Alpenwild takes guests to Meiringen on “Exploring the Jungfrau.” Don’t miss Reichenbach Falls.)

Here’s a version of müesli that I worked up for Alpenwild while living in Zermatt the summer of 2014. It should help you get started on your own version.

Fresh fruit for presentation (beautiful fresh berries and currants are the best.)