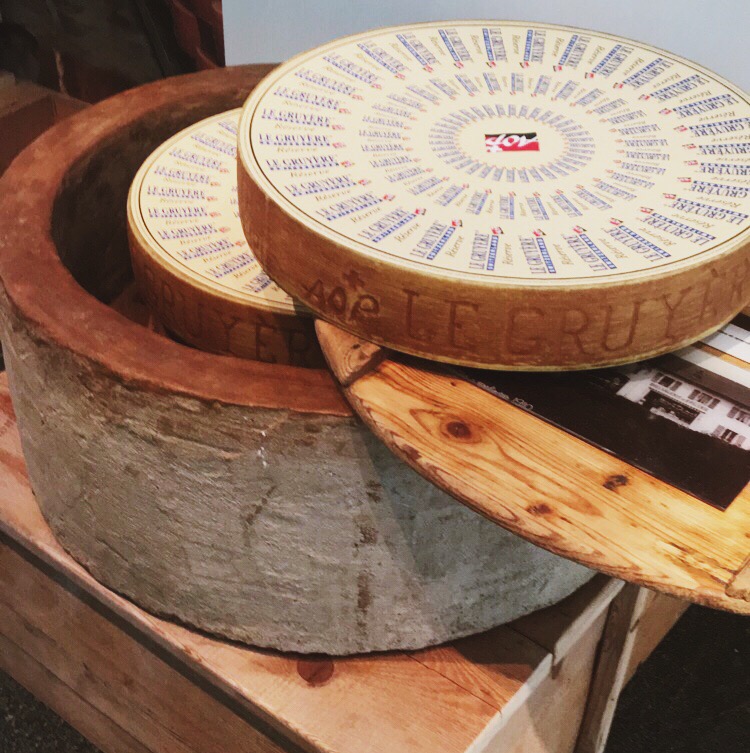 The cheese of Gruyere has had to fight its way into the history of Switzerland.

As early as the 12th century this cheese was made as a survival staple for the cow herders in the mountains of Gruyere. Which is how this cheese received its name. These herdsman, in the summer months, would bring their cows up to graze in the mountaintops. The story goes that as they got higher and higher the grass would get sweeter and sweeter until even the herdsman ate the grass as well.

Their daily ascent into to the mountains led the herdsman to become cheese makers. Milking stations were available in the mountains, and once finished, the herdsmen would make cheese. Gruyere has to be made within the first eighteen hours of milking the cow, according to the AOC regulations.

Gruyere is a hard cheese and potent in its earthy and nutty undertones. The aging of this cheese is what makes the taste so irresistible, and is the reason why many have tried to replicate it.

Between 1890-2001 the Swiss and French debated over the history and origin of Gruyere, each claiming it as their own. It lasted over a hundred years, in which time Spain and Italy became involved in the arduous dispute. In the end Switzerland won the dispute and in 2011, Gruyere gained its seal of AOP, meaning the designated origin was protected.

This cheese is used in so many varieties and has such a unique flavor. Alpenwild has many food tours that delve deeper into this magnificent cheese. Check out cheese making in the Eiger Alp region of Switzerland. Interested in seeing it for yourself Cheese, Chocolate, and Wine in the Scenic Alps or Discover Swiss Cuisine – German Inspired.Either of these tours gives guests a first hand look at cheeses that are unique to Switzerland.