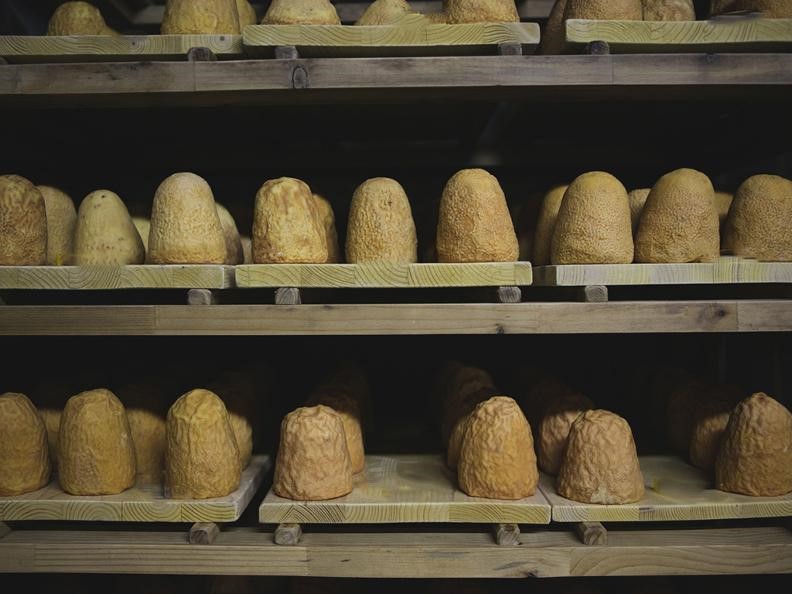 Ticino is tucked away in the south-central region of Switzerland, where the language, architecture, style, and culture are heavily influenced by neighboring Italy. And, of course, Ticino’s food also has a distinct Italian accent. The cheeses of Ticino, however, are a great blend of many regional traditions. Below are three favorite cheeses from Ticino.

Formaggio d’Alpe (Alp Cheese). Like other alp cheeses in Switzerland, Ticino Cheese is a durable mountain cheese. It’s a raw milk cheese produced on the alp at an elevation between 6000 and 7000 feet from cows grazing on alpine pastures above the Valle Leventina from June through September.

Hand made in a traditional and simple way, the cheese is aged on the alp until the end of the season. When it’s well-aged (at least 4-5months), it becomes more intense and flavored, with aromatic shades and nuances.

Formaggino. Cheese-making in the Mendrisiotto region takes place almost exclusively in the Valle di Muggio and on Monte Generoso, where Formaggino is the favorite local cheese.

Formaggino is a soft, raw milk cheese usually produced from cow’s milk, but it’s traditional to add small amounts of goat’s milk. Formaggino is enjoyed throughout Ticino. This mild, sweet cheese results from the dripping of the curd that make them immediately ready for consumption.

Zincarlin. A variation of Formaggino, Zincarlin is produced almost exclusively in the Valle di Muggio. After draining the curds, the cheesemaker adds salt and pepper before shaping the individual cheeses by hand.

Aging takes place in cellars for a period of two months or more. During the aging, a reddish-yellow rind forms. To prevent unwanted mold from forming, the cheese is brushed or sprayed daily with wine and salt, which also contributes to Zincarlin’s distinctively intense taste and aroma.

If you have been to Ticino, do you know any other cheeses from Ticino? We would love to know your favorites!