The Difference Between Gelato and Ice Cream 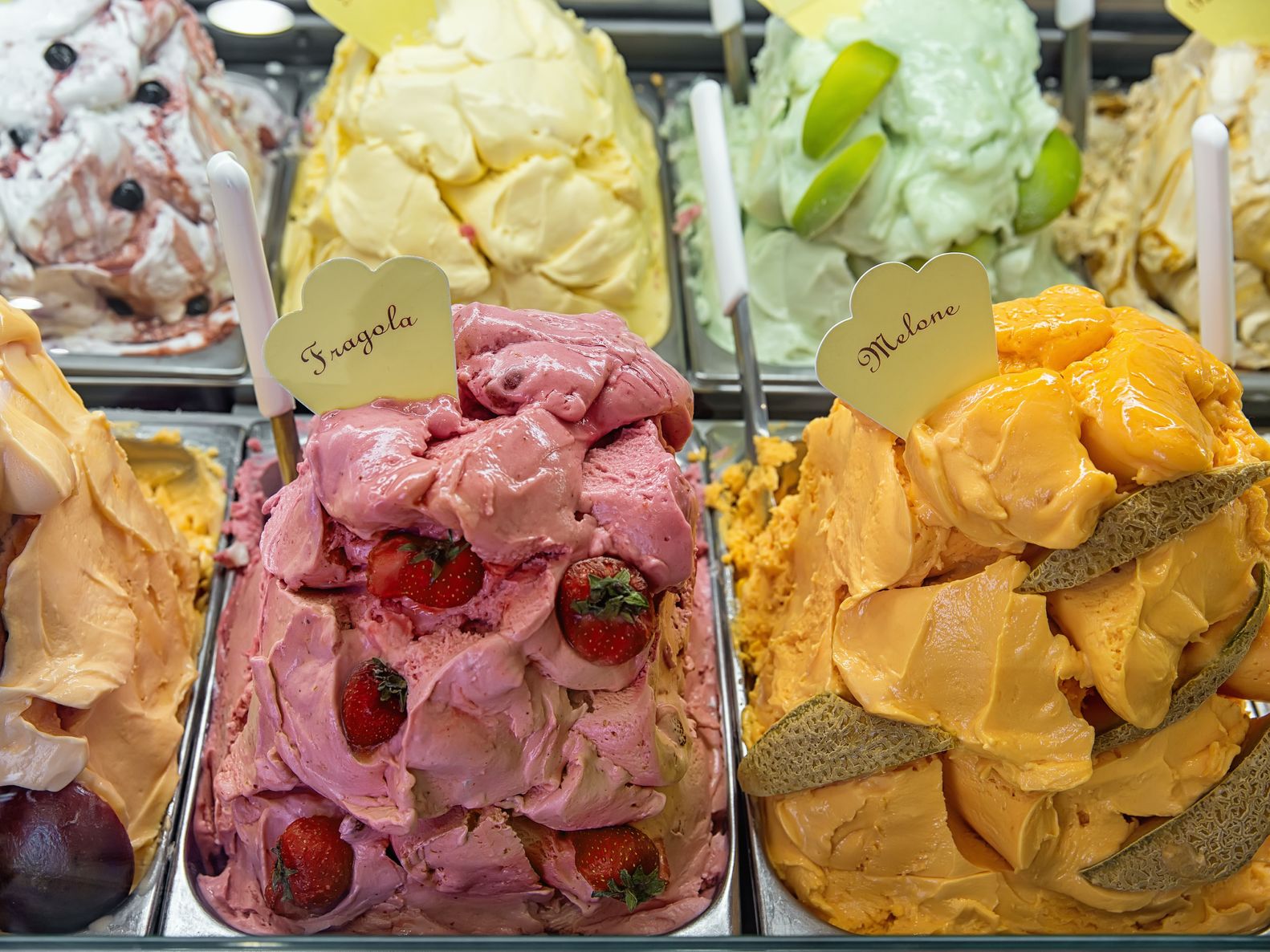 The Difference Between Gelato and Ice Cream

It’s a sizzling summer day as you stroll around Lago Maggiore. How can you cool yourself quickly? With a frosty scoop of gelato—that perfect blend of creamy goodness and distinctive flavors. But before you grab another “coppetta,” you should probably find out a little more about this mysterious frozen treat.

First of all, gelato is not ice cream. However, gelato is the Italian word for ice cream, so it can be a bit confusing. But gelato and ice cream are really two different types of frozen desserts.

Ice cream is a frozen dairy dessert made of milk, cream, sugar, and egg yolks to create a custard base. Then it’s churned at a high speed which tends to incorporate air and increase its volume. Ice cream is served at a colder temperature than gelato so that the scoops hold together.

Gelato has a higher proportion of milk and a lower proportion of cream and eggs (or no cream and eggs at all). It’s churned more slowly than ice cream, incorporating less air, and resulting in a denser product. Gelato is served at a warmer temperature than ice cream, so its texture stays silkier and softer. Which has the creamier texture? Even though it contains little or no cream, gelato has the creamier, smoother, and silkier texture, with a more elastic and fluid consistency than American ice cream.

In the US, ice cream must contain at least 10 percent butterfat, with some super-premium varieties containing upwards of 14 percent butterfat. Italian gelato includes only about 4 to 9 percent fat. With less butterfat to coat the palate, the flavors tend to emerge more. Temperature: Gelato is served at a warmer temperature (10-22° F) than ice cream (0-5° F), so your mouth is less numb and better able to taste it. Serving style: Gelato isn’t scooped—It’s served with a spade and compacted into a cup or cone.

You’ll find the traditional gelato flavors at most gelaterias—Chocolate, vanilla, strawberry, lemon, coffee, pistachio, raspberry, and hazelnut. But since gelato is great at expressing subtle nuances, top gelaterias pride themselves on inventive or unusual flavors. For your next cone, you may want to go out on a limb with fig, basil, lavender, avocado, or ginger.

Want to find the best gelaterias in Lugano? Then see “In Search of the Best Gelato in Lugano.”

One Reply to “The Difference Between Gelato and Ice Cream”