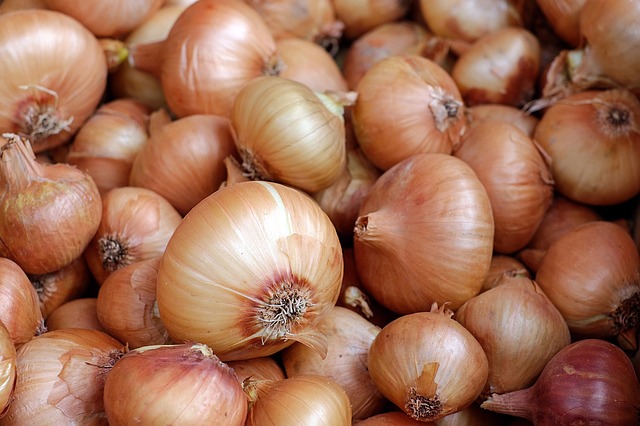 Onions are very popular and is in a small part in almost every hot food cooking recipe known to man.  In their many forms, they can be the main ingredient or a garnish. Scroll down to find our easy crispy onion topping recipe!

The earliest knowledge of onions date back to the Chinese 5000 years ago. As well in India it is recorded around the 6th century onions were being grown. The Egyptians around 3500 B.C. is the earliest education we have of onions growing among them.

In the Egyptians days they believed that onions symbolized eternity, in its anatomy the way the onion is a unbroken ring within another and another. This was one of the reasons they used onions for burial. They believed that it was a magical herb that would aid them in the afterlife in some way. They would place them in the tomb as well and sliced onions all over the body. It is also rumored that this was done to mask the odor of the corpse.  Just as the Egyptians believed the onion to be a magical plant so did the Romans. They would carry it on journeys and would use is to cure vision, cause sleep, heal mouth sores and toothaches, and even animal bites.

Onions made their way from tomb to table very quickly. In the middle ages, in Europe, the three largest consumed staples were beans, cabbage, and onions. They were so popular that this herb was sometimes given as gifts or a mode of currency used to pay a landlord.

Although onions make you cry and can smell up a room quickly. Onions add flavor and depth to any dish.

This recipe below will become one of your favorites because it impresses your guests and it’s so easy.